Trude  is currently an senior at Hunter College in pursuit of a degree in Geography with a concentration on Sustainability Studies. This past year she was chosen to participate in the year long  Public Service Scholar Program which placed her  at the NYS Department of Environmental Conservation.  The  Hunter program connects talented undergraduates with careers in the public and non-profit sectors. Under her leadership, in 2012 HSP transformed their mission to the broader goal of creating and participating in events and  initiatives that help raise environmental awareness in the Hunter College community. Based on her background in photography and graphic design she rebranded the club with new website, logos, t-shirts, banners and more.    Through The Green Initiative Fund, Trude has co-written multiple grants for events such as HSP’s Hunter Goes Green, as well as a proposal for the installation of a green roof on Hunter campus. Set to be installed in 2014  it will serve as a research opportunity for environmental science  and geography students. For these efforts and her academic achievements, last year she was awarded the CUNY Vice Chancellor’s Award for Excellence. Once graduated, Trude hopes to use her entrepreneurial drive to carve out a niche for herself in the world of environmental innovation.

Naeemah Maynard is currently a senior at Hunter College in pursuit of a BA in Environmental Earth Science. Naeemah has interned for the U.S Environmental Protection Agency (Region 2) in the Clean Air and Sustainability Division. Her activities included researching information on the composition of solid waste in the U.S and Puerto Rico, and organizing findings for use by senior EPA managers. She also assisted the EPA-CASD Division Director in preparing technical assistance for his international trip to Kenya and Uganda on solid waste management issues. Through The Green Initiative Fund, Naeemah co-wrote a proposal to install new energy efficient hand dryers in Hunter’s restrooms. Naeemah participated in the 23rd Climate Reality Leadership Corps training in Chicago led by former Vice President Al Gore, and became a member of the Climate Reality Leadership Corps. Upon graduating, Naeemah plans to pursue her MA in Ecology Science and Conservation. 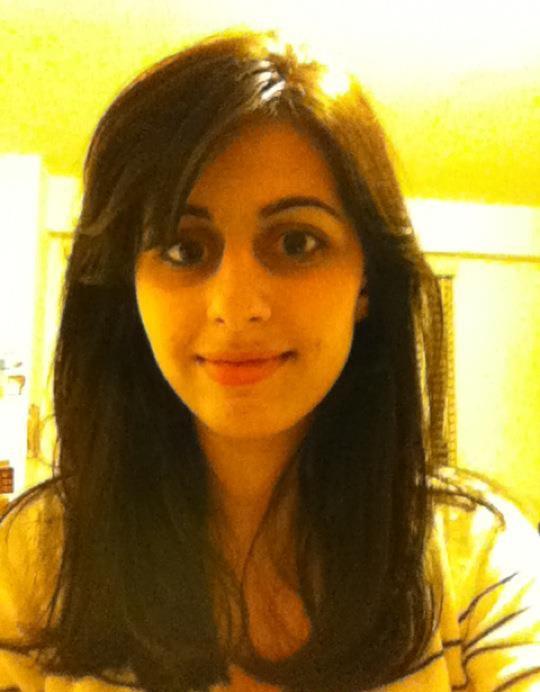 Ailanit Davydova is entering her junior year at Hunter College with a double major in Environmental Studies and Creative Writing. She was the founder and leader of her high school “Green Club” for three years and joined Hunter Sustainability Project in Spring 2013. She was the Project Leader of Waste Day at Hunter Goes Green 2013 and contributed to the repurposed art installation for the event. She enjoys reading National Geographic, excessive walking and learning about food culture in the US. Among her heroes are Michael Pollan and Greg Craven.

Ruhani is a current junior in the pre-medical pathway and a member of the College Association for the Undergraduate Student Government at Hunter College. She is pursuing a double major in Biochemistry and Philosophy. Interested in homeopathic medicine and natural remedies, Ruhani hopes to study and enroll in an osteopathic institution in the future. In 2014, she wrote a proposal for The Green Initiative Fund to start a Recycling Campaign at Hunter College, which will take way in the Spring of 2014. She has contributed to the preparation for the Hunter Sustainability Project’s most anticipated event in the spring of 2013: Hunter Goes Green. Ruhani is an intermediate pianist, enjoys reading, handicrafts, and DIY projects.

Julia is a sophomore in the Muse Scholarship Program at Hunter for high achieving students with talents in the arts.  She is considering a double major in Studio Art and Environmental Studies.  She was the project leader for the Trash Art installation at HSP’s very first Hunter Goes Green Week.  She is also a volunteer with GrowNYC’s Office of Recycling Outreach and Education (OROE), helping to promote recycling and reuse at various events around the city.   Julia enjoys mentoring high school students, taking naps on rainy afternoons, singing (mostly in the shower) and learning new languages.

Aaron is a study abroad student from Queen Mary University of London. He is in his sophomore year and is working towards a double major in English Literature and Film Studies. In London, he was greatly involved with the Students’ Union, winning the General Students’ Union Award. His contribution as First Year Representative provided Halls of Residences with recycling bins as one of several successful campaigns. Aaron is Events Co-ordinator and is currently organising events for the first half of the spring semester. He is also project leader for Hunter Goes Green Film Festival that will run alongside Hunter Goes Green week.